In this experiment we determined the amount of acetyl salicylic acid (ASA) in aspirin tablets. The tablets were dissolved in NaOH and then the resulting solution was analyzed by back titrating the excess NaOH with HCl. The results that we determined for this lab was that there was between 350-360mg ASA/tablet or a percent weight of ASA of between 84-86%. ASA is the main pharmaceutical ingredient in the Aspirin tablets. It is important to know how much ASA is in each tablet because if there is too little, the tablets will not be as effective as they were intended to be and if there is too much ASA, the tablets could be harmful to your body 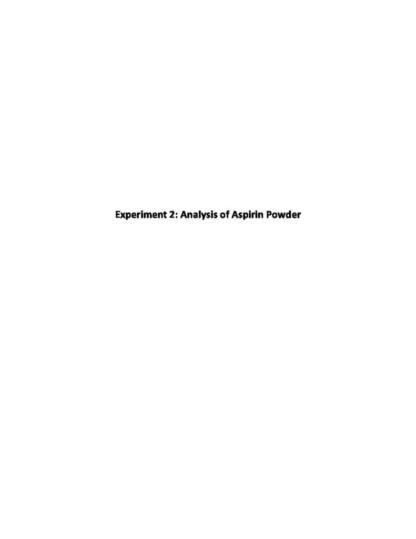