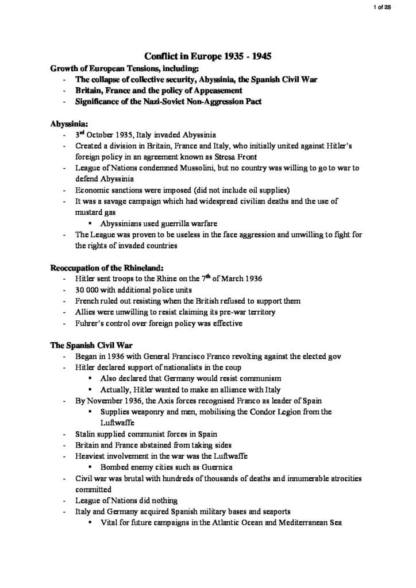 Power and Authority in the Modern World HSC notes

Conflict in Europe under HSC Modern History full topic notes. These notes got me 95 int. marks. 2021 written notes are 41 pages long. Cover all of the CIE syllabus.

These are HSC Modern History Year 12 notes. 93 pages long these notes were written in 2017. They cover the entire course with selected options.