A test bank for Physics: Principles with Applications, 6th Edition by Douglas C. Giancoli. This test bank is a revision and update of the Test Item File accompanying the fifth edition of Douglas Giancoli’s Physics: Principles with Applications. The sixth edition test bank was created with TestGenerator, a networkable program for creating quizzes and exams. TestGenerator allows users to modify existing questions/problems, including algorithmic versions, as well as create and input new questions/problems.

This test bank contains approximately 2500 multiple choice, short answer, and essay questions. The majority of the multiple choice questions and problems could also be given as free response questions or problems. Like the end of chapter of Physics: Principles with Applications, each chapter of the test bank is divided into two sections: Conceptual Questions and Quantitative Problems. Thus, nearly 50% of the material in the test bank is conceptual in nature. All questions and problems are ranked by level of difficulty and are referenced to the corresponding section in the textbook. The notation in the sixth edition test bank has been updated to reflect the notation used in the sixth edition of Physics: Principles with Applications.

This test bank contain questions and answers with references to following topics: 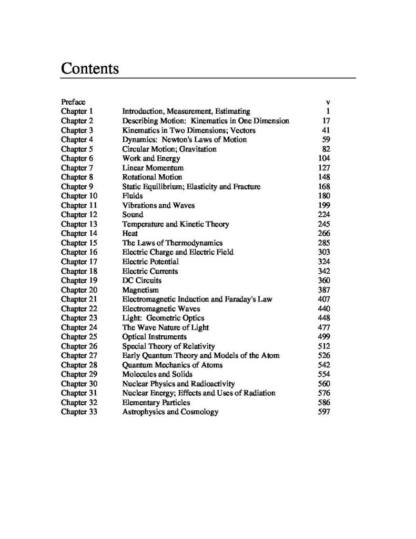 Campbell Biology test bank is 1242 pages long covering 56 chapters. All the questions have answers, explanations and references to the 11th edition book.

100 Anatomy MCQs with answers in 16 pages. Any Anatomy, Nursing, Medical, Physiotherapy student can use this file to sharpen their knowledge.

Classical Mechanics notes that cover Physics required for MSc. Created in 2021, these 391 page notes can be used with any MSc in Physics programme.

Introduction to Physics MSc notes that cover general Physics. Created in 2021, these 167 page notes can be used with any MSc in Physics programme.